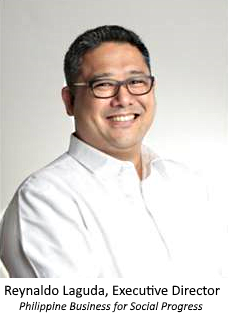 CAN WE BUILD SOMETHING MAGNIFICENT?

This is how I felt when I had the chance to visit the Basilica de la Sagrada Familia in Barcelona, Spain in 2013. I was in awe. I was captivated. I wanted to know how it was made. And then I realized it wasn’t even finished! I wanted to know who designed it and who were involved in building it. I wondered if we in the Philippines could have an architecture and structure similar to
this.

These are the same thoughts that come to mind when asked about the meaning of patriotism and nation building. It is about having a vision of the nation we want to become. It is about understanding the elements and composition of that vision. It is about finding visionaries, geniuses, masters, and craftsmen to build that nation. It is about understanding that the process is also as important as the final product. And when we talk about our nation, the Philippines, and what we have gone through in the last several hundred years, what images are triggered? What do we feel about the nation that we see and experience today? What does it take to build a nation? What does it mean to be a builder and a patriot?

How do we ensure that this happens? We should not leave our government to the dogs. The government that we want and deserve does not happen automatically. We cannot build a nation without building the government that we deserve and desire. We have to be part of that story of building. Government plays such a huge part in everyone’s lives and in the nation’s fabric that we cannot just ignore it. I have seen people in government who strive to be true, honest and competent despite the odds. They stand no chance of success when WE, as a people, fail to support them. They stand no chance of making it when they are left by themselves and WE choose to stay out of the fight.

If you ever get the chance to serve in government, take it seriously. It is a defining moment in your life and in your nation. It is an inflection point in our collective history. You will not be defined by your successes and failures. Rather, you will be defined by how hard you fought the good fight. It is what will inspire others to continue the charge. When you are gifted with the right to vote, exercise it with great care, discernment and utmost attention.

Don’t stop at exercising your vote. Stand up for the good. Build the institutions. Speak Up. We need to bring ourselves to a point where government in turn, can be proud of its people. Where government fights for its people and their rights more than anyone in the community. And I will say again, failure to stand for the government we deserve will allow the dogs to win over government. Over time, beasts will trample upon us while we keep silent.

The work that we do is not simple. It is difficult. It is complex. We are faced with complex issues. I also want to emphasize that as we work with government and the various parts of the bureaucracy, it is important system carry a systems thinking approach to change. Poverty is not addressed simply by giving money. The roots of poverty are multidimensional and the approach must look at how they are interrelated. Otherwise, our efforts may end up worsening the poverty situation instead of addressing it.

WHOM DO WE BUILD FOR?

So, whom do we build for? For whom and how we build our nation are equally important. Who are part of the story of building? Who stands to gain from what we build? If this were a race, it is not about the first finisher.

It is about the last racer who crosses the line. It is actually that last racer that defines us as a nation and not just the first. Do we make sure that the last racer – including the least and the lost – are supported and enabled to finish the race?

WHAT DOES IT MEAN TO CHOOSE THE PHILIPPINES?

Like any form of commitment, the choice must be supported by a constant decision reaffirming that choice. To be very honest, it is getting more difficult and harder to affirm that choice these days. The choice tests how long I will be willing to keep that commitment. How far Am I willing to go? How much do I want it? How much do I love my country?

If any of you follow the Avengers, the story of Thanos and the Avengers has no conclusion yet. It is not a finished story. We will need to see how the protagonists or at least those who survived will band together and find a way to defeat him.

The Sagrada Familia, in all its magnificence and breathtaking beauty has taken five generations of workmanship, mastery and genius beginning in 1886. It is still unfinished business. They say it is 70% done and people hope to complete it by 2026.

And maybe that is how we should view the long and difficult process of building our nation. It is unfinished business. We must continue the work of the generations before us. Stay true to the vision. Support the builders or be a builder yourself. Be proud of your work and let your work breathe life into the people who benefit from what you do.

We may not live to see the finished product but we will experience beauty and meaning of our work when we see more and more of our people making that definitive choice to build the nation and declaring – Pili Pinas!